Welcome to this week’s marketing in review. This week’s highlights: discover what local search factors are working in 2017, find out more about “shared viewing,” and explore marketing technology options. We’ll tell you why the Portland Trail Blazers are celebrating their Facebook ad campaign and show you a surprising report about traditional media for the first quarter of 2017.

Ranking well in local search is important for every business that depends on customers being geographically close. With Google delivering more product and service related queries based on user location, ranking well within your desired geographic area is probably even more important than page ranking on a global scale—so knowing what signals work and what doesn’t is the key to staying on top.

A yearly survey run by David Mihm (now passed to Darren Shaw), called Local Search Ranking Factors, has been done since 2008, gathering data from prominent individuals within SEO across several industries. This data is used by businesses and digital marketers across the board to help understand local search factors.

The results conclude citations are down by 22 percent compared to 2015. Citations are still important but have decreased emphasis compared to link and local review signals.

Review signals, such as Facebook, YellowPages, Yelp and others have gained traction. These sites help signal to Google the quality of an existing business. This includes industry specific websites such as Trip Advisor for travel sites.

The importance of proximity: location of the user searching, however, it is still possible for bigger businesses to outrank a competitor based on proximity if other dominating factors come into play, such as link quality and authority.

According to a 2016 survey done by Local SEO Guide, GEO text such as the city and state in “title” tags made no difference to local listings and perform poorly. What does make a difference is traditional link authority.

It is also important to note that search engines are placing more emphasis on organic ranking factors, such as links and on-page organic ranking signals, combined with local search signals. This means that even though a business may show up in proximity, that another business can dominate the listing by getting better reviews and better links.

The first quarter of 2017 has seen an 11 percent increase in budget for traditional media due to an upswing and growing confidence in the economy. This includes TV, press, radio, and cinema.

What does this mean for digital advertising? In a study from the GlobalWebIndex, online viewership on the uptrend pretty much across the board in major countries. Needless to say, digital advertising is the champion in advertising revenue share as dollars become more allocated toward digital away from traditional media.

Digital spending is also on the rise with the highest it’s been compared to recent years. Business Insider reports digital advertising received $17.6 billion total investments in quarter three of 2016. This number is expected to be even higher this year and the upcoming years.

BI Intelligence reports mobile as being the advertising channel with the most growth as revenues increase by at least 26 percent through 2020. Among the other winners: video ads and social media ads.

Digital advertising is expected to increase 16 percent this year to around a whopping $83 billion, dominated by Facebook and Google while beating Twitter and Yahoo. When it comes to search, however, Google claims around 78 percent total ad revenue from search alone which also includes mobile search. In total ad revenues, Google is leading with a total of 40.7 percent followed by Facebook at 19.7 percent.

Snapchat is also expected to grow its ad revenue by 157 percent to $770 million but its total market share is only around 1.3 percent.

Have you heard of shared viewing? DMN reports Tumblr and other companies such as YouTube are beginning to explore a rising trend calling “shared viewing.” This is where groups of two or more people gather to watch an online video together. Examples of this can be between friends, co-workers at an office, or students viewing an educational course together.

Tumblr’s new standalone app called Cabana at least attempts to cash in on the shared viewing experience, but unfortunately, is very limited right now. The app is only available in the United States for iOS and can only sync up six people at one time.

More importantly, how much adoption is there for Tumblr compared to YouTube, Facebook, and other channels where video is consumed. I would guess Tumblr doesn’t really play in the same leagues.

However, understanding the trend toward shared viewing and figuring out both how to measure it, and how to integrate the reality of shared viewing into an online marketing strategy is important for marketers to keep on their collective radar screens.

DMN raises some interesting questions: how do you measure impressions and views when it comes to advertising if multiple people are watching? How technology solves this problem in the future will be compelling and something to keep an eye on.

What about you? How do you think shared viewing will evolve and impact digital advertising? Do you think the solution for advertisers will resemble something closer to mix between digital and traditional advertising mediums such as television? Or perhaps a mix of something else?

Trail Blazers executives hired a media agency to draw ticket buyers through Facebook and measure its return on investment. In the past, they used traditional media advertising such as billboards and television, but in September 2016 began targeting users on Facebook to improve ticket sales.

They also made other improvements to the way tickets are purchased by refining checkout and site functionality. The site was not optimized for mobile, the checkout process was too long, and the old site was around eight years old.

Recognizing their season and individual ticket holders were averaging age 40 and over, the Trail Blazers needed to attract a younger audience while serving up a more intuitive checkout process.

The media agency used Microsoft Dynamics as a CRM and Marketo for marketing automation with a combination of existing lead data to target the best possible matches on Facebook. This allowed the company to target a custom audience most interested in buying tickets for an upcoming game including those who had never been to a real game in person, as well as past ticket purchasers.

They used a combination of video, carousel, and link ads to serve to segmented audiences based on past purchases serving them highly targeting advertising. Facebook Lookalike Audiences was used to target people who had never purchased tickets before.

The results are good. The Facebook ads generated the Trail Blazers a 77% return compared to other channels while costing 63% less. This is a total return of 21 times ad spend, along with new fans and a better checkout process.

“Snap to Store” is a new advertising option released by Snapchat that helps advertisers measure online-to-offline ad conversions. In a study done by Greenberg Strategy, it’s reported that 80 percent of snappers use the app in restaurants, 66 percent at malls, 50 percent at the gym, and 49 percent at airports.

The app works by reporting combined data about where a user is located when they use Snapchat with if they visit a store within one week of being shown an advertisement on the platform. Location data is only tracked when a user has the app open and data is stored as categories, such airports or restaurants, and not by venue.

There is concern, however, with Instagram Stories bypassing the entire userbase of Snapchat itself within only eight months:

“Snapchat’s ‘Snap to Store’ fills a big gap in its analytics offering that may tip hesitant brands to allocate media dollars to Snapchat. However, Snapchat needs to grow its user base in order to attract repeat advertisers at scale.” says Mike Proulx, Chief Digital Officer of Hill Holliday.

I agree with Proulx. Although “Snap to Store” is a much needed feature that brands need to track online-to-offline conversions, it won’t necessarily be responsible for expanding its user base. With Instagram Stories already surpassing Snapchat by 50 million users within eight months, Snapchat will need to find a solution to attract more users. 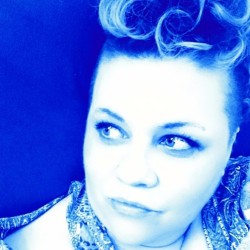 Tia Wood
Tia is an online marketing professional providing marketing and web development for business clients at V3B. She's a geek who loves video games, pizza, and can talk all day about web coding.